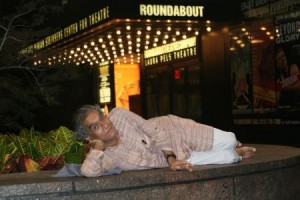 New York City, August 6: The Uttarakhand “trinity” of Shekhar Pathak, Narendra Singh Negi, and “GIR DA” concluded their tour of the US this Monday, returning to New York City to give a powerful presentation on the music and social struggles of the Uttarakhandi people.

Entitled, “Remembering our Ancestors, Celebrating our Heritage” the musical and visual presentation picked up on a theme that the three had explored throughout their tour, enlightening Uttarakhandis and non-Uttarakhandis alike about the realities of Uttarakhand, past, present, and future.

The venue, Manhattan’s Brecht Forum, contributed to this spirit with its focus on popular education for social change. Named after the highly influential German socialist dramatist Bertolt Brecht, the Forum has been a focal point of New York City’s progressive arts community since its founding in 1975. It has done so in its own words by “promoting a culture of solidarity among progressives” and by “seeking out and presenting some of today’s most accomplished and creative thinkers and organizers.”

Famous for coining the phrase, “art is not a mirror held up to reality, but a hammer with which to shape it,” Brecht’s formula for artistic expression anticipates Negi and Girda’s bodies of work, where much of their popular appeal derives from their ability to communicate realities and inspire others to action, as demonstrated so vividly in Uttarakhand’s many social movements.

The three fly home this week.