Comrade Vidyasagar Nautiyal has passed on

After a long illness, it is with great sadness to note that novelist and playwright Vidyasagar Nautiyal has passed on. 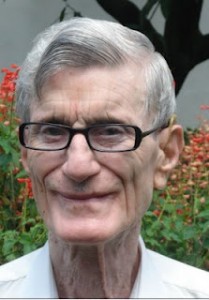 Born in Tehri in 1933, he participated right away at an early age in the prajamandal movement that restored democracy to the Tehri Garhwal princely state as it entered into union with India. He would later become president of the All India Students’ Federation as well as get elected to the Uttar Pradesh assembly as a member of the Communist Party of India.

In addition to politics, Nautiyal was a leading light of Hindi literature and noted as the “Premchand of the mountains.” He imbued his depictions of mountain life and society with social realism and humanism.