First released in 2007 at a special function hosted by PAHAR and Mountain Shepherds, this one-of-a-kind 36″ by 23″ interpretive historical-cultural map of Uttarakhand can be viewed below. Mountain Shepherds also maintains a stock of prints at its office.

Five years in the making, this unique endeavour attempted to bring together various historical and cultural aspects of the Uttarakhand Himalayas, including for perhaps the first time, the region’s relations with neighbouring states and kingdoms. Nowhere near complete, the map hopes to serve as an inspiration for further research in unearthing the rich heritage of Uttarakhand, not only the land of gods, but also of mortal men and women who have struggled against all odds to make these rugged hills their home.

The map includes an expanded legend, references, list of rulers, historical timeline, and inset maps of various territorial, cultural, & historical facets of Uttarakhand. The 2010 edition has replaced the increasingly lengthly list of UP and Uttarakhand chief ministers with the battle honours of the Garhwal Rifles and Kumaon Regiment. 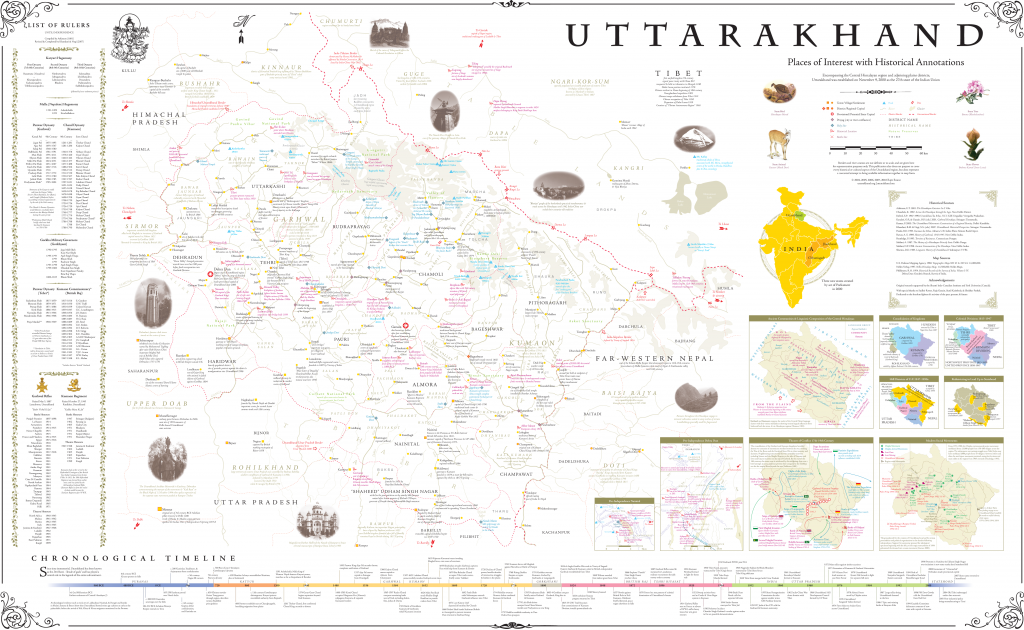 A print quality PDF version of the map is now available: Download